Rebecca Metz is an American actress. She is best known for starring as Tressa in the FX television comedy-drama series Better Things, Melinda in the Showtime television comedy-drama series Shameless and Jenna Wrather in the Disney Channel comedy series Coop & Cami Ask the World. She has also appeared as a guest-star in several television series such as This Is Us, Nip/Tuck, Bones, The Thundermans, The Mentalist, Weeds, Maron, Grey’s Anatomy, and For the People. Metz has also appeared in the films K-7, You & I, My Dear, and Magic Camp. Born on September 29, 1973 in New Jersey, her parents, both classically trained singers, inspired her to follow a creative path, as did a favorite childhood TV show. Metz graduated from Carnegie Mellon University. She is married to Andy Hermann. 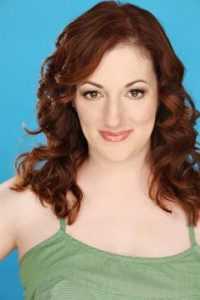 Rebecca Metz Facts:
*She was born on September 29, 1973 in New Jersey, USA.
*She is graduate of Carnegie Mellon School of Drama.
*She made her television debut in the ABC series Politically Incorrect.
*Visit her official website: www.rebeccametz.com
*Follow her on Twitter and Instagram.