Mikey Madison is an American actress. She is best known for her portrayal of Max Fox on the FX television comedy series Better Things, and for her role as Manson Family follower Susan Atkins in Quentin Tarantino’s 2019 film Once Upon a Time in Hollywood. In 2019, Madison provided her voice for Candi the Barista in The Addams Family. Born on March 25, 1999 in Los Angeles, California, she has two older sisters and two brothers, including a twin. Madison decided to put her competitive horseback riding career on hold to try acting after her sister married a film writer. 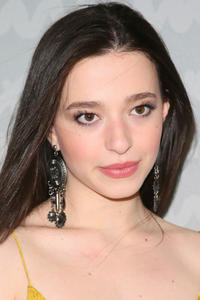 Mikey Madison Facts:
*She was born on March 25, 1999 in Los Angeles, California, USA.
*Her parents are psychologists.
*She made her feature film debut in Liza, Liza, Skies are Grey (2017).
*She was just 19 at the time of filming, “Once Apon A Time In Hollywood.”