Renee Ellmers is an American politician who served as a United States Representative for North Carolina’s 2nd congressional district from 2011 to 2017. A member of the Republican Party, she defeated seven-term Democratic incumbent Bob Etheridge in 2010 by 1,489 votes, confirmed after a recount. In the 2016 Republican primary, Ellmers was defeated by fellow Congressman George Holding. Born Renee Jacisin on February 9, 1964 in Ironwood, Michigan, to parents Caroline Pauline and LeRoy Francis Jacisin, she is of Czech and French-Canadian descent on her father’s side, and of Croatian and Polish descent on her mother’s side. Ellmers did her schooling from from Madison High School. She earned a B.A. from Oakland University in 1990 and worked as a registered nurse in Beaumont Hospital’s surgical intensive care unit. She was also clinical director of the Trinity Wound Care Center in Dunn. She is married to Brent Ellmers, with whom she has a son. 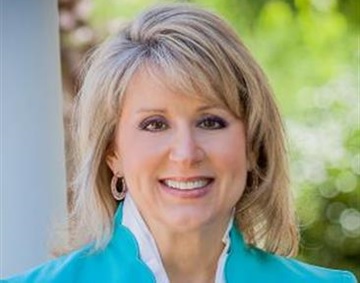 Renee Ellmers Facts:
*She was born on February 9, 1964 in Ironwood, Michigan, USA.
*She graduated with a Bachelor of Science in Nursing in 1990.
*She was the United States Representative for North Carolina’s second congressional district from 2011 to 2017.
*Visit her official website: www.reneeellmers.com
*Follow her on Twitter and Instagram.