Riann Steele is a British actress. She is best known for her roles as “Suzanne” in the E4/Netflix show Crazyhead and “Finola Jones” in the NBC science fiction series Debris. From 2009 to 2010, Steele played Nurse Lauren Minster in the British medical drama television series, Holby City. She has also appeared as Cleo, a therapist, in the Channel 4/Netflix comedy series Lovesick and also appeared as Sydney Halliday in NCIS: New Orleans. Her notable film credits include Treacle Jr., Sket, and Ant-Man and the Wasp. 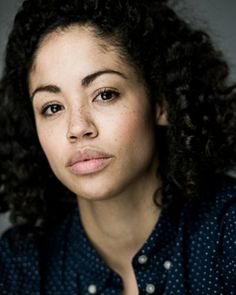 Riann Steele Facts:
*She was born on May 23, 1987 in England, United Kingdom.
*She studied at Arts Educational Schools, London, and graduated with a First.
*She made her debut screen performance opposite Aiden Gillen in Treacle Jr. (2010).
*She starred as Suzanne in the E4/Netflix original series Crazyhead (2016).
*She is currently in a relationship with the author, Cebo Campbell.
*Follow her on Instagram.