Ricardo Antonio Chavira is an American actor. He is best known for his portrayal of Carlos Solis on the television series Desperate Housewives, which ran from 2004 to 2012. He also starred in the NBC sitcom Welcome to the Family, and had a major recurring role in the ABC political thriller Scandal during the fifth and sixth seasons. He has also played prominent roles in the films Days of Wrath, Saving God, and Piranha 3D. Born on September 1, 1971 in Austin, Texas, to parents Elizabeth Ries and Juan Antonio Chavira, he is of Mexican, German and Irish descent. He graduated from Robert E. Lee High School and the University of the Incarnate Word, and earned his Master of Fine Arts in Acting from the University of California San Diego’s graduate acting program in 2000. Chavira started his career playing guest-starring roles on television shows, include NYPD Blue, 24, The Division, Joan of Arcadia and JAG. In September 2007, he married Marcea Dietzel with whom he has two children. 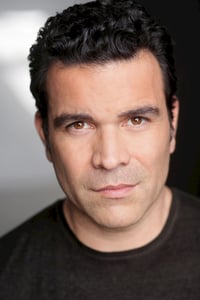 Ricardo Antonio Chavira Facts:
*He was born on September 1, 1971 in Austin, Texas, USA.
*He portrayed the role of Carlos Solis in the ABC comedy-drama series, Desperate Housewives.
*In 2005, he listed on the “50 Most Beautiful” list in People en Español.
*In 2006, he named one of “TV’s Sexiest Men” by TV Guide.
*He is good friends with Eva Longoria.
*He is a supporter of breast cancer research as his mother, Elizabeth Ries Chavira, died of breast and ovarian cancer at age 43.
*Visit his official website: www.ricardochavira.com
*Follow him on Twitter.