Robert Kraft is an American businessman who is the chairman and chief executive officer of the Kraft Group. He is also the owner of the National Football League’s New England Patriots, Major League Soccer’s New England Revolution, and Gillette Stadium, in which both teams play. He also owns the Boston Uprising, the first eSports team in New England. Born Robert Kenneth Kraft on June 5, 1941 in Brookline, Massachusetts, USA, to parents Sarah and Harry Kraft, he attended Edward Devotion School and graduated from Brookline High School. In 1963, he graduated from Columbia University, and in 1965, he received an MBA from Harvard Business School. He began his professional career with the Rand-Whitney Group, a Worcester-based packaging company run by his father-in-law Jacob Hiatt. He was married to Myra Hiatt from 1963 until her death in 2011. They had four sons: Jonathan, Daniel, Joshua and David Kraft. 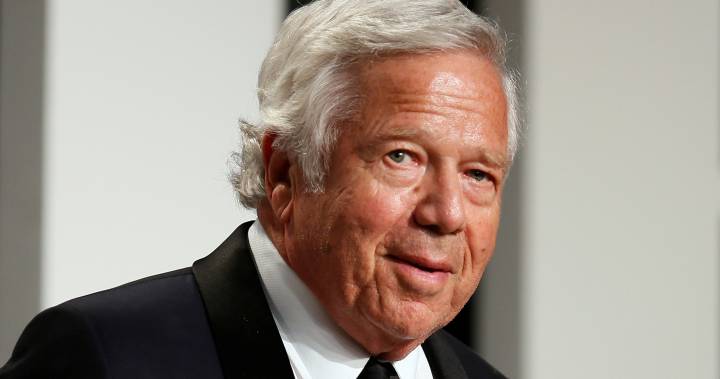 Robert Kraft Facts:
*He was born on June 5, 1941 in Brookline, Massachusetts, USA.
*He did his schooling from Edward Devotion School and Brookline High School.
*He is the chairman and chief executive officer of the Kraft Group.
*His sports holdings include: the National Football League’s New England Patriots, Major League Soccer’s New England Revolution, and Gillette Stadium, where both teams play.
*He won the 2012 George Halas Courage Award, presented by the Professional Football Writers of America (PFWA).