Shamil Khan is a Pakistani actor of film and television. He is best known for his role in the 2003 Punjabi language film Larki Punjaban. He is also known for his roles on the television series Sadqay Tumhare, Love, Life Aur Lahore, Akeli, Roger, Seep, Ishq-e-Benaam, Maana Ka Gharana, Bad Gumaan, and Mera Haq. Born on March 14, 1978 in Islamabad, Pakistan, his mother was Turkish and his father was an Asian. He has been married to Salma Shah since 2008. They have three children: a daughter and two sons. 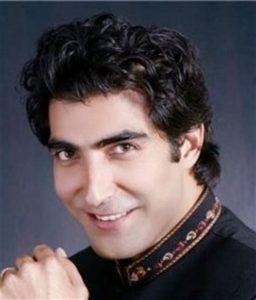 Shamil Khan Facts:
*He was born on March 14, 1978 in Islamabad, Pakistan.
*He began his acting career in 2003 with the Punjabi language film Larki Punjaban.
*He is a dual Pakistani/British citizen.
*In 2008, he married a Pashto TV actress Salma Shah with whom he has a daughter and two sons.
*Follow him on Twitter and Facebook.