Robert Mueller is an American attorney who was the sixth Director of the Federal Bureau of Investigation from 2001 to 2013. He is a Republican, and was appointed by President George W. Bush and his original ten-year term was given a two-year extension by President Barack Obama. He is currently head of the Special Counsel investigation of Russian interference in the 2016 United States elections. Born Robert Swan Mueller III on August 7, 1944 in New York City, New York, USA to Alice C. Truesdale and Robert Swan Mueller Jr., he grew up in Princeton, New Jersey. He belongs to German, English and Scottish descent. He has four younger siblings: Sandra, Susan, Joan and Patricia. He attended at Princeton Day School and St. Paul’s School, in Concord, New Hampshire. He graduated from Princeton University, and earned an M.A. in international relations in 1967 from New York University, before pursuing his Juris Doctor degree. He served as a Marine Corps officer during the Vietnam War, and received the Bronze Star Medal with Combat “V” for heroism and the Purple Heart Medal. He has been married to Ann Cabell Standish since 1966. They have two daughters; Cynthia & Melissa and three grandchildren. 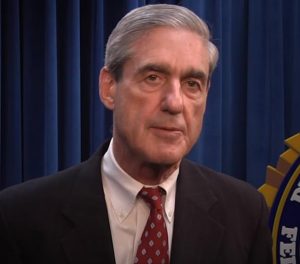 Robert Mueller Facts:
*He was born in New York City, New York, USA on August 7, 1944.
*During high school, he was captain of the soccer, hockey, and lacrosse teams and won the Gordon Medal as the school’s top athlete in 1962.
*From 2001 to 2013, he served as the sixth Director of the Federal Bureau of Investigation.
*He is the longest-serving FBI director since J. Edgar Hoover.
*He was named on TIME magazine’s ”The 100 Most Influential People” 2018 list.