Robert Scott Wilson is an American actor and model. He is best known for his portrayal of Peter Cortlandt in The Online Network reboot of soap opera drama series All My Children, and for his role as Ben Weston on the NBC soap opera Days of Our Lives. Other notable acting roles include Ethan Wyatt in Ladies of the Lake and Brad in Stalked by a Reality Star. He has also appeared as a guest-star in several television series such as “Surviving Jack,” “The Secret Life of the American Teenager,” “I Didn’t Do It,” “The Middle,” “Supah Ninjas,” and “Entourage.” Wilson is also notable for being the first male model of The Price Is Right. He also modeled for several brands of underwear. Born on November 9, 1987 in Grafton, Massachusetts, he graduated from Grafton Memorial High School, and moved to New York in 2006. 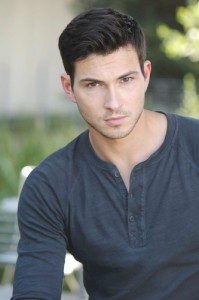 Robert Scott Wilson Facts:
*He was born on November 9, 1987 in Grafton, Massachusetts, USA.
*He moved to Los Angeles in 2010 to pursue his acting career.
*He is signed with LA Models.
*He was the first male model in Price is Right history.
*Follow him on Twitter, Facebook and Instagram.