Robin Givens is an actress, known for her roles in television, such as Head of the Class, MSparks, The Game, and My Parents, My Sister & Me, and in the films God’s Not Dead 2, Enemies Among Us and the 2008 Queen of Media. Born as Robin Simone Givens in New York City, New York, USA, Robin is the daughter of Reuben Givens and Ruth Roper Givens. Her parents divorced when she was two years old. She has an younger sister Stephanie. She was previously married to Svetozar Marinkovic and Mike Tyson. She has two sons, William and Michael. 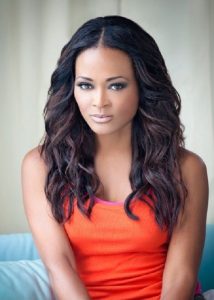 Relationships / Affairs / Boyfriend:
She was in a relationship with Murphy Jensen from 1999 to 2002.

Robin Givens Facts:
*Ex-wife of Mike Tyson.
*Empire magazine named her one of the 100 Sexiest Stars in film history (#88). [1995]
*She was a classmate of Holly Robinson Peete at Sarah Lawrence College.
*Follow her on Twitter and Instagram.