Rochelle Humes is a British singer, actress and television presenter, best known as a member of the British girl group The Saturdays. The other members of the group are Vanessa White, Frankie Sandford, Mollie King and Una Healy. The Saturdays initially found mainstream success with the 2008 song “If This Is Love.” Before becoming a member of The Saturdays, Rochelle was a member of S Club 8. As a television presenter, she is known for hosting Sweat the Small Stuff, This Morning, Children in Need, Ninja Warrior UK, The Xtra Factor, and The Hit List. Born Rochelle Eulah Eileen Wiseman on March 21, 1989 in Barking, United Kingdom, she is of Jamaican descent on her father’s side, and of English descent on her mother’s side. Her parents divorced when she was age three, and she was raised by her mother and her uncle Paul Ince. Rochelle attended Frances Bardsley Academy for Girls in Hornchurch, Havering, and Colin’s Performing Arts School and worked as a model for Love Me, Love My Clothes. She began her television presenting career by co-hosting children’s morning TV show Smile in 2004. She is married to Marvin Humes of JLS. The couple have two daughters. 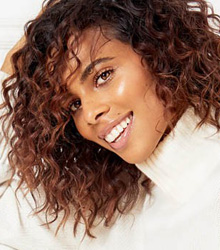 Rochelle Humes Facts:
*She was born on March 21, 1989 in Barking, United Kingdom.
*She belongs to both Jamaican and English descent.
*She started performing with the girl group The Saturdays in 2007.
*Visit her official website: www.rochellehumes.com
*Follow her on Twitter, Facebook and Instagram.