Roddy Ricch is an American rapper and singer from Compton, California who is currently signed to the Atlantic Records. He released his first mixtape, Feed Tha Streets, in November 2017, featuring songs like “Hoodricch,” “Chase Tha Bag,” and “Fucc It Up.” In March 2018, Ricch released an Extended play titled Be 4 Tha Fame. His single “Die Young”, which he had written the night Florida rapper XXXTentacion died, was released in July 2018. Ricch gained much popularity through his second mixtape, Feed Tha Streets II, which peaked at number 67 on the Billboard 200 chart and at number 36 on the Top R&B/Hip-Hop Albums chart. The mixtape features the singles “Die Young” and “Every Season”. Born Rodrick Wayne Moore, Jr. on October 24, 1998 in Compton, California, he started rapping at the age of 8 and began making beats at 16. 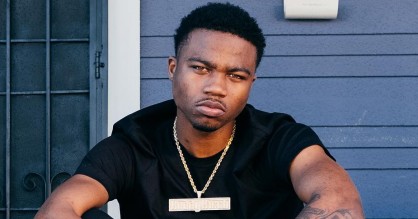 Roddy Ricch Facts:
*He was born on October 24, 1998 in Compton, California, USA.
*Starting at age 8, he began rapping.
*He released his debut mixtape, Feed Tha Streets, in November 2017.
*In March 2018, he released an Extended play entitled Be 4 Tha Fame.
*In July 2018, he released the single ‘Die Young,’ which he dedicated to XXXTentacion.
*He appeared on the cover of XXL magazine as XXL Freshman Class of 2019 along with 10 other artists in June 2019.
*Follow him on Twitter, YouTube, Facebook and Instagram.