Kevin Kuske is a retired German bobsledder and the most successful bobsleigh athlete in Olympic history. Competing in five Winter Olympics, he has won four gold medals and two silver medals. Born on January 4, 1979 in Potsdam, Brandenburg, East Germany, he grew up in a sporting family with two younger siblings. His brother Lucas Kuske was also a bobsled driver until 2009. In 1999 Kuske became a bobsled. He announced his retirement after the 2018 Winter Olympics. 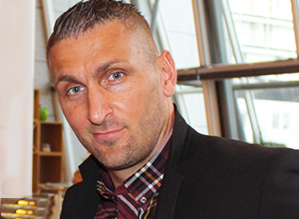 Kevin Kuske Facts:
*He was born on January 4, 1979 in Potsdam, Germany.
*He is the most successful bobsleigh athlete at the Winter Olympics with four gold and two silver medals.
*Along with teammates André Lange, Carsten Embach, Enrico Kühn, he won the gold medal in the four-man event at the 2002 Winter Olympics in Salt Lake City.
*He competed from 1999 to 2018.
*Visit his official website: www.kevin-kuske.com
*Follow him on Twitter and Instagram.