Rory McIlroy is a Northern Irish professional golfer who won the 2011 U.S Open and the 2012 PGA Championship. He turned professional in 2007. McIlroy was born on March 4, 1989 in Holywood, Northern Ireland, the only child of Rosie and Gerry McIlroy. He got engaged to Danish tennis player Caroline Wozniacki on New Years of 2013 but called it quits in 2014 just months before their planned November wedding. He started dating Erica Stoll in 2015. In December 2015, they become engaged and married in April 2017. 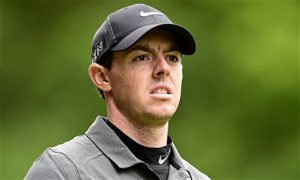 Rory McIlroy Facts:
*His role model is Tiger Woods.
*He became the first player in the history of the game to garner €10 million on the European tour in career winnings in 2012.
*He was awarded the MBE (Member of the Order of the British Empire) in the 2012 Queen’s New Years Honours List for his services to Golf.
*He is a big fan of English club Manchester United.
*Follow him on Twitter, Facebook and Instagram.