Milena Leticia Roucka, widely known as Rosa Mendes, is a retired Canadian professional wrestler, valet, and former model of Czech, Puerto Rican and Costa Rican descent. She managed former WWE Tag Team Champions Primo & Epico from 2011 to 2013. Rosa is in a relationship with Bobby Schubenski since 2015. They got engaged in October 2016. They have a daughter named Jordan. 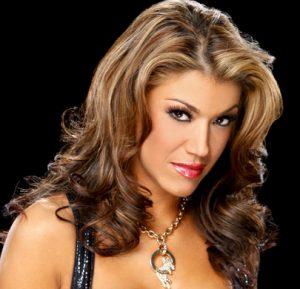 Rosa Mendes Education:
She studied Business at the University of British Columbia. (Dropped out)

Rosa Mendes Facts:
*She was raised by a single father.
*She won the Piel Dorada modeling contest in 2004.
*She has been a main cast member on the E! reality series Total Divas.
*Follow her on Twitter and Facebook.