Sylvester Stallone is an American actor, filmmaker, screenwriter and film director best known for his roles as boxer Rocky Balboa in the Rocky films, and soldier John Rambo in the Rambo films. He is also known for starring roles in the films Cliffhanger, Cop Land, The Expendables and Spy Kids 3-D: Game Over. Sylvester was born Sylvester Gardenzio Stallone in New York City to Frank Stallone and Jacqueline Stallone. He belongs to Italian-Russian-French-Jewish descent. 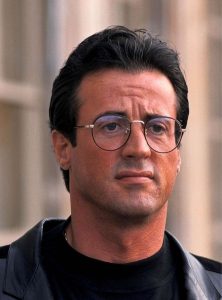 Sylvester Stallone Facts:
*He is of Italian-Russian-French-Jewish descent.
*His parents separated when he was nine years old.
*His mother, Jackie Stallone, is a fan of Jackie Chan. Chan and Stallone are very good friends.
*Born on the same day as President George W. Bush and Fred Dryer.
*He is a fan of “Bollywood” movies.
*He is a fan of the English football club Everton FC.
*He good friends with Arnold Schwarzenegger and Bruce Willis.
*He is a supporter of Republican Party.
*Follow him on Twitter, Facebook and Instagram.