Rose Byrne is an Australian actress. Byrne is best known for her roles in the films Bridesmaids, X-Men: First Class, The Goddess of 1967, The Rage in Placid Lake, Insidious, The Turning, Troy, Insidious: Chapter 2, Neighbors, and Spy. She is also known for playing Ellen Parsons in the legal thriller TV series Damages from 2007 to 2012, for which she received two Golden Globe Award and two Primetime Emmy Award nominations. Born Mary Rose Byrne on July 24, 1979 in Balmain, Sydney, New South Wales, her family consists of her father Robin Byrne, her mother Jane Byrne, her older brother, George, and two older sisters, Alice and Lucy. She studied drama at the Atlantic Theatre Company. She made her film debut, Dallas Doll (1994), when she was 15 years old. She has been in a relationship with Bobby Cannavale since 2012. They have two children. She was previously in a relationship with Gregor Jordan and Brendan Cowell. 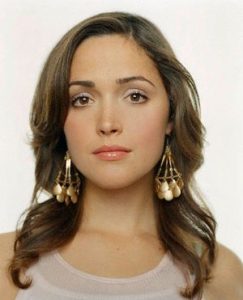 Rose Byrne Facts:
*She is the youngest of four children.
*She was named the 9th sexiest woman in the world, Australian edition in 2001 by FHM.
*Her favorite artistes include: Pat Benatar, Ryan Adams, Bob Marley, Fleet Foxes, Elvis Presley and Fleetwood Mac.
*Her favorite actresses include Susan Sarandon, Cate Blanchett, Glenn Close, Toni Collette, Juliette Binoche and Judy Davis.
*She is a big fan of Kylie Minogue.
*Jack Nicholson is her favorite actor.
*She has been best friends with fellow Australian actress Nadia Townsend since they both were 8 years old.
*Her hobbies include reading, bicycle riding, yoga, swimming, and playing crosswords.
*She was named in the Most Beautiful People of 2007 list in Who Magazine.
*She is a supporter of UNICEF Australia.