Rose Rollins is an American actress. She is best known for playing Tasha Williams in the Showtime series The L Word. She had a recurring role in the Amazon crime drama series Bosch (2015), and starred as Valerie Anderson in the ABC crime drama series, The Catch (2016-2017). Rollins’s other notable roles were in the films 13 Moons, Undisputed, Pixels, Something New, Mission: Impossible III, as well as on the television series In Justice and Chase. Born on April 30, 1978 in Berkeley, California, USA, she has five brothers. Rollins’s modeling career was began in her teens after being discovered by a photographer. She later moved to Los Angeles to pursue an acting career. She made her acting debut in 1999, appearing in two episodes of NBC drama series, The West Wing. She made her film debut in 13 Moons (2002). She has been in a long term relationship with Sebastian. 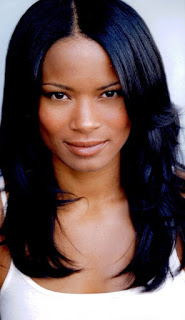 Rose Rollins Facts:
*She was born on April 30, 1978 in Berkeley, California, USA.
*She has five siblings.
*She was spotted by a photographer.
*Follow her on Twitter.