Roshon Fegan is an American actor, rapper, and dancer. He is best known for his portrayal of Ty Blue on the Disney Channel original series Shake It Up, and for his role as Sander Loyer in the Disney Channel movie franchise Camp Rock. Fegan also appeared in 2004’s Spider-Man 2, and was featured on the 14th season of the ABC show Dancing with the Stars. In 2011, Fegan released singles such as “I AM”, “Love Your Love”, “Oh Oh Oh”, and “Get It Poppin”. 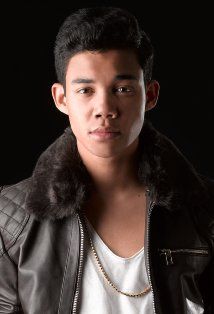 Roshon Fegan Facts:
*Born on October 6, 1991 in Los Angeles, California, he is of African-American descent on his father’s side, and of Filipino descent on his mother’s side.
*He began his acting career at the age of 12 with a small role in the 2004 feature film Spider-Man 2.
*He portrayed Ty Blue on the Disney Channel original series, Shake It Up from 2010 to 2013.
*He is the owner of Grand Vault Studios.
*He dated model Camia-Marie Chaidez from 2013 to 2014.
*He was in a relationship with dancer Dytto.