Oscar Isaac is a Guatemalan-American actor and musician. He is best known for his roles in the comedy-drama Inside Llewyn Davis, for which he received a Golden Globe Award nomination, the crime drama A Most Violent Year and the science fiction thriller Ex Machina. He also played memorable roles as Poe Dameron in the space opera franchise Star Wars film series and as En Sabah Nur / Apocalypse in the superhero film X-Men: Apocalypse. Also an accomplished guitar player and singer, Isaac performed a number of songs for the films 10 Years and Inside Llewyn Davis. 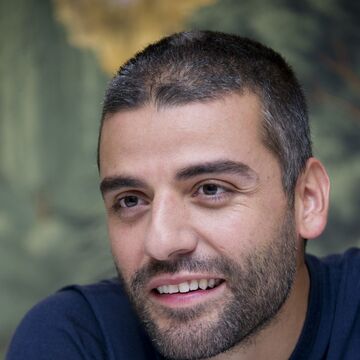 Oscar Isaac Facts:
*Born on March 9, 1979 in Guatemala City, Guatemala, he emigrated from Guatemala to Miami when he was a child.
*He is of Cuban descent on his father’s side, and of Guatemalan descent on his mother’s side.
*He started playing guitar at the age of 12.
*He studied acting at Juilliard.
*He portrayed Poe Dameron in Star Wars: Episode VII The Force Awakens and Star Wars: Episode VIII The Last Jedi.
*Time named Isaac one of the 100 most influential people in the world on the annual Time 100 list in 2016.
*He won a Golden Globe Award in 2016.
*Vanity Fair described him as the “best dang actor of his generation” in 2017.
*The New York Times ranked him #14 in its list of the 25 Greatest Actors of the 21st Century in 2020.
*He is good friends with actress Jessica Chastain.
*He dated writer María Miranda from 1996 to 2011.
*He married filmmaker Elvira Lind in 2017.