Rowan Blanchard is an American actress who was cast as Riley Matthews in the Disney Channel series Girl Meets World from 2014 to 2017. She had a recurring role as Jackie Geary in the ABC series The Goldbergs from 2017 to 2018. Blanchard’s other notable works include Dance-a-Lot Robot, Spy Kids: All the Time in the World, Invisible Sister, and Splitting Up Together. Born Rowan Eleanor Blanchard on October 14, 2001 in Los Angeles, California, to parents Elizabeth and Mark Blanchard-Boulbol, she has a younger brother named Shane and a younger sister named Carmen. She started acting when she was just 5 years old. 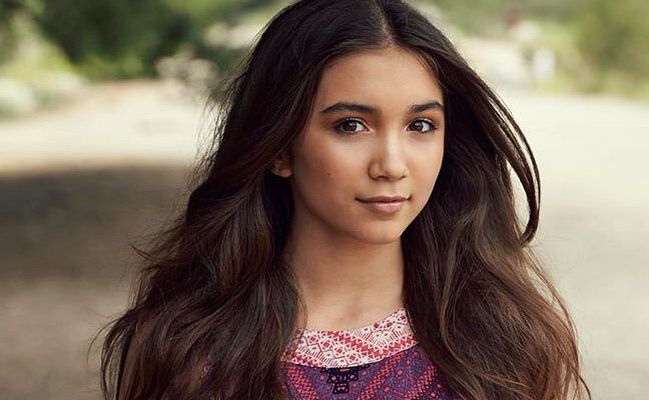 Rowan Blanchard Facts:
*She was born on October 14, 2001 in Los Angeles, California, USA.
*She was named after a character in The Witching Hour.
*She started acting at the age of five.
*She played Riley Matthews in the Disney Channel series Girl Meets World from 2014 to 2017.
*She was nominated for a 2012 Young Artist Award for her work in Spy Kids: All the Time in the World.
*She is good friends with her Girl Meets World co-star, Sabrina Carpenter.
*She is friends with actors Kiernan Shipka, Amandla Stenberg, Yara Shahidi, and Olivia Stuck.
*She has a dog named Winston.
*Follow her on Twitter and Instagram.