Roxanne McKee is a British actress and model. She is best known for starring as Louise Summers in the British soap opera Hollyoaks, Doreah in the British-American fantasy drama series Game of Thrones, Lou Foster in the British drama series Lip Service and Lady Claire Riesen in the American apocalyptic supernatural series Dominion. She is also known for her roles in the films Wrong Turn 5: Bloodlines, Vendetta and The Legend of Hercules. Born on August 10, 1980 in Canada, to Irish parents, she earned a BA degree in Social Policy and Political Studies from Royal Holloway, University of London in 2005. 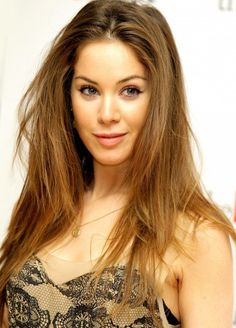 Roxanne McKee Facts:
*She was born on August 10, 1980 in Canada.
*She is of Irish descent.
*She completed a BA degree in Politics at the University of London.
*She played Louise Summers in the British soap opera Hollyoaks from 2005 to 2008.
*Follow her on Twitter and Instagram.