Ruby Dee was an American actress, screenwriter, playwright, activist, poet and journalist. Best remembered by the public for her role as Ruth Younger in the 1961 film A Raisin in the Sun. She often performed with husband Ossie Davis. For her performance in American Gangster, she was nominated for an Academy Award. Born Ruby Ann Wallace in Cleveland, Ohio, she is the daughter of Gladys Hightower and Marshall Edward Nathaniel Wallace. 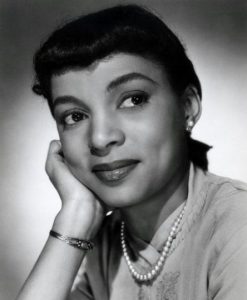 Ruby Dee Education:
She attended and graduated from Hunter College with degrees in French and Spanish.

“It takes a long time to really be married. One marries many times at many levels within that marriage. If you have more marriages than you have divorces within the marriage, you’re lucky and you stick it out.” – Ruby Dee