Trace Cyrus is an American musician best known as the backing vocalist and lead guitarist of the band Metro Station. He was born on February 24, 1989 as Neil Timothy Helson in Ashland, Kentucky, USA. He is the son of singer Billy Ray Cyrus and brother of singer and songwriter Miley Cyrus. 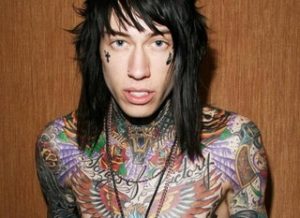 Trace Cyrus Facts:
*His parents separated when he was four years old.
*He was featured in Miley Cyrus’ song “Hovering.”
*He owns the clothing company From Backseats to Bedrooms.
*Follow him on Twitter, Myspace and Instagram.