Ruth Gemmell is an English actress of film, television, and theatre. She is best known for roles such as Jen Dugdale in the television show Utopia, Sarah Hughes in the 1997 film Fever Pitch, and Sarah Collingborne in the period television drama Home Fires. She played Rebecca Sands in two episodes of The Bill in August 2009. Born in Bristol, England, on January 2, 1967, Ruth Katrin Gemmell grew up in Darlington, County Durham, where she attended Polam Hall School. She has three brothers. She was married to actor Ray Stevenson from 1997 to 2005. 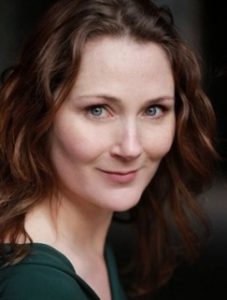 Ruth Gemmell Facts:
*Her parents got divorced when she was a child.
*In London, she trained at the Webber Douglas Academy of Dramatic Art.
*She met her future husband actor Ray Stevenson in 1995 during the filming of TV drama Band of Gold.