Ryan Destiny is an American singer, songwriter and actress. She is best known as a member of the girl group ‘Love Dollhouse’ whose first single was “Can I.” She portrayed April Geddes in the AMC series Low Winter Sun. She currently plays Alexandra Crane in the musical drama television series Star. Born Ryan Destiny Irons on January 8, 1995 in Detroit, Michigan, USA, to Dawn and Deron Irons, her father is African American, and her mother is biracial, European and African American. Her father was a member of the 90s R&B duo Guesss. She attended West Bloomfield High School. At twelve years old, she formed musical trio New Limit with Jasmine Pore and another friend. She has been in a relationship with Keith Powers since 2017. 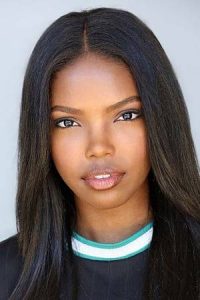