Ryan Kwanten is an Australian actor and producer. He is best known for his portrayal of Vinnie Patterson on the Australian soap opera Home and Away, and for his role as Jason Stackhouse on HBO’s True Blood. Other notable television roles include Spellbinder: Land of the Dragon Lord, Summerland, and The Oath. His movie credits include Flicka, Dead Silence, Red Hill, Griff the Invisible, Blunt Force Trauma, Who Gets the Dog?, Supercon, The Hurricane Heist, and Kill Chain. 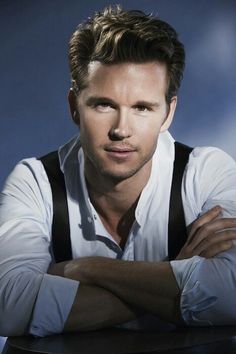 Born Ryan Christian Kwanten on November 28, 1976 in Sydney, New South Wales, Australia, to parents Kris and Eddie Kwanten, he has two brothers named Lloyd and Mitchell. Kwanten attended St Paul’s Catholic College in Manly and later obtained a degree in commerce from The University of Sydney. He has been dating Ashley Sisino.

Ryan Kwanten Facts:
*He was born on November 28, 1976 in Sydney, New South Wales, Australia.
*He began acting on the television shows A Country Practice, Hey Dad..! and Spellbinder.
*He starred as Vinnie Patterson in the Australian soap opera Home and Away from 1997 to 2002.
*He played Jason Stackhouse in the HBO series True Blood from 2008 to 2014.
*Australian men’s fashion magazine GQ revealed that Ryan Kwanten is their 2010 Man Of The Year.
*Follow him on Twitter, Facebook and Instagram.