Ryan Murphy is an American competitive swimmer who is a 4-time Olympic gold medalist and the world-record holder in the men’s 100-meter backstroke. At the 2016 summer Olympics in Rio, Murphy swept the backstroke races by winning gold medals in both the 100- and 200-meter backstroke. He also won a gold medal in the 4×100-meter medley relay with Michael Phelps, Cody Miller, and Nathan Adrian, and his backstroke relay lap broke Aaron Peirsol’s former world record set in 2009. 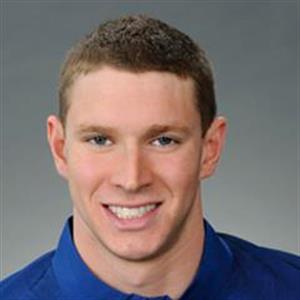 Ryan Murphy Facts:
*He was born on July 2, 1995 in Palos Heights, Illinois, to Pat and Katy Murphy.
*His brother Patrick and sister Shannon were both competitive swimmers growing up.
*He dreamed of becoming an Olympic swimmer and breaking world records when he was just 8 years old.
*He won gold in medley events at 2012 and 2015 World Championships.
*Visit his official website: www.ryanmurphy.com