Ryan Tedder is an American singer, songwriter, musician and record producer, best known as a lead vocalist of pop rock band OneRepublic. The band is known for such hit songs as “Love Runs Out” and “I Lived.” He has also wrote and produced for various artists, including Adele, Beyoncé, Lady Gaga, Maroon 5, MØ, One Direction, Taylor Swift, Katy Perry, Ariana Grande, Ed Sheeran, Jennifer Lopez, Camila Cabello, Logic, Paul McCartney and BlackPink. Born Ryan Benjamin Tedder on June 26, 1979 in Tulsa, Oklahoma, to parents Marlene and Garry Tedder, he was raised by an extended family of missionaries and pastors in a Christian church. Tedder did his schooling from Colorado Springs Christian School and obtained a degree in Public Relations and Advertising at Oral Roberts University in Oklahoma. He is married to Genevieve Tedder, with whom he has two sons, Copeland and Miles. 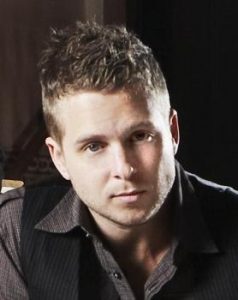 Ryan Tedder Facts:
*He was born on June 26, 1979 in Tulsa, Oklahoma, USA.
*He learned to play piano at the age of 3 and spending a minimum of two hours a day on vocals.
*He started singing at the age of seven.
*Lead vocalist for the popular Colorado-based rock band OneRepublic alongside guitarists Zach Filkins and Drew Brown, bassist Brent Kutzle, and drummer Eddie Fisher.
*He has his own record-label named Patriot Records.
*He is a big fan of the Denver Broncos.
*He is a lifelong fan of Stevie Wonder.
*He has a tattoo on one arm, written in old Japanese, which he got in Osaka. It means “God’s will” and more literally translates as “God gives and God takes”.
*Visit his band’s official website: www.onerepublic.com
*Follow him on Twitter and Instagram.