Nicky Hilton is an American businesswoman, socialite, model and fashion designer. She is the younger sister of Paris Hilton and the great-granddaughter of Hilton Hotels founder Conrad Hilton. She is also a member of the Rothschild family through her marriage to James Rothschild. Hilton launched her first clothing line in 2004, and launched her own jewelry line in 2010. Her first book, 365 Style was published in 2014. Born Nicholai Olivia Hilton on October 5, 1983 in New York City, New York, her father, Richard “Rick” Hilton, is a businessman; her mother, Kathy Hilton, is a socialite and former actress. She has three siblings, older sister Paris Hilton, and younger brothers Conrad Hilton and Barron Hilton. Nicky attended an all-girls Catholic school, Convent of the Sacred Heart in New York City, and graduated in 2001. She then went to study at the Fashion Institute of Technology and Parsons The New School for Design. She has been married to James Rothschild since July 10, 2015. They have two daughters together. She was previously married to Todd Meister. 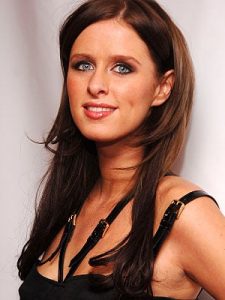 Nicky Hilton Facts:
*She was born on October 5, 1983 in New York City, New York, into the Hilton family.
*Her father is Richard and her mother is Kathy, and a great-granddaughter of hotel magnate Conrad Hilton.
*Her ancestry includes English, German, Italian, Irish, Norwegian, and Scottish.
*She has been a handbag designer since she was 17.
*She has a successful line of clothing called Chick By Nicky Hilton, which retails at Kitson stores.
*Visit her official website: www.nickyhilton.com
*Follow her on Twitter, Facebook and Instagram.