Saba Qamar is a Pakistani actress who appeares in both television and film. One of the highest-paid actresses in Pakistan, Saba is the recipient of several awards, including four Lux Style Awards, three PTV Awards, two Hum Awards, and a Nigar Award. Her first television role was in the TV series Main Aurat Hoon in 2005. Her notable television and film roles include Jinnah Ke Naam, Tinkay, Dastaan, Tera Pyar Nahi Bhoolay, Pani Jaisa Pyar, Maat, Aina, Yahan Pyar Nahi Hai, Ullu Baraye Farokht Nahi, Sannata, Bunty I Love You, Digest Writer, Sangat, Manto, Lahore Se Aagey, Mein Sitara and Besharam. Saba was born on April 5, 1984 in Gujranwala, Pakistan. She lost her father when she was only 3, and lived with her grandmother for much of her life. 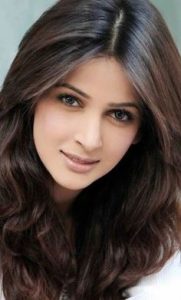 Saba Qamar Facts:
*One of the most popular actresses in Pakistan.
*Her father died when she was three years old.
*She made her screen debut in the TV series Main Aurat Hoon in 2005.
*She made her Hindi cinema debut with Saket Chaudhary’s film, Hindi Medium opposite Irrfan Khan.
*Follow her on Twitter and Instagram.