Actress Gina Philips is best known for her recurring roles as Sandy Hingle in the comedy-drama television series, Ally McBeal, and Jenna Miller in the television series, Boston Public. She portrayed Patricia “Trish” Jenner in the 2001 American-German horror film Jeepers Creepers. Gina was born Gina Consolo on May 10, 1970 in North Miami Beach, Florida, U.S. to Fredi and Robert Consolo. She is of Italian descent on her father’s side, and of Ashkenazi Jewish descent on her mother’s side. She has one brother, Bobby Consolo. She has been married to Lee Nelson since 2009. Together they have one child. 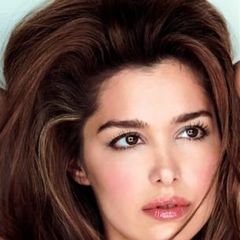 Gina Philips Facts:
*She has Italian and Ashkenazi Jewish ancestry.
*She has made guest appearances on Star Trek: DS9, CSI, Sliders, ER, Medium and Monk.
*She came close to completing her degree at the University of Pennsylvania, being only one class away from her degree before dropping out in order to pursue acting.
*Follow her on Twitter.