Sam Heughan is a Scottish actor of film, television, and theatre. He is best known for his portrayal of Jamie Fraser in the Starz drama series Outlander, for which he has received four nominations for the Saturn Awards, and a nomination for the Critics Choice Award for Best Actor in a Drama Series. He played Sebastian Henshaw in the 2018 action comedy The Spy Who Dumped Me and had a recurring role as Scott Nielson in the BBC soap opera Doctors. Heughan’s notable theater credits include Outlying Islands (2002), Hamlet (2007), and Plague Over England (2009). Born Sam Roland Heughan on April 30, 1980 in Balmaclellan, Dumfries and Galloway, Scotland, he moved to nearby New Galloway at the age of five. He was educated at Kells Primary School, James Gillespie’s High School, and Rudolf Steiner School. He attended the Royal Scottish Academy of Music and Drama in Glasgow, graduating in 2003. In 2018, Sam started dating actress Amy Shiels. 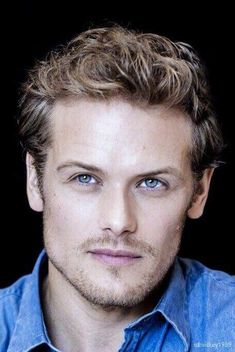 Sam Heughan Facts:
*He was born on April 30, 1980 in Balmaclellan, Dumfries and Galloway, Scotland, UK.
*He moved to nearby New Galloway at the age of 5, and moved to Edinburgh at 12.
*He graduated from The Royal Scottish Academy of Music and Drama (RSAMD) in 2003.
*He became Barbour’s Global Brand Ambassador in 2016
*Follow him on Twitter, Facebook and Instagram.