Han Hye-jin is a South Korean actress of film and television, best known for her starring role in the hit daily drama Be Strong, Geum-soon!. Han is also known for roles such as Soseono in historical epic Jumong, Korea’s first female doctor of Western medicine in Jejungwon and a sharpshooter in the manhwa film adaptation 26 Years. From 2011 to 2013, she hosted the popular talk show Healing Camp, Aren’t You Happy. Born on October 27, 1981 in Damyang-gun, South Korea, she has two older sisters, Han Moo-yeong and Han Ka-yeong. She did her schooling from Eunkwang Girls’ High School and studied film at the Seoul Institute of the Arts. She made her acting debut 2001 with a short film Magic Thumping, and made her television debut on a South Korean and Japanese-produced series titled Friends. She married soccer player Ki Sung-Yong in July, 2013. Together they have one daughter, Ki Si-on. 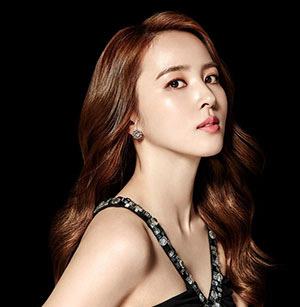 Han Hye-jin Facts:
*She was born on October 27, 1981 in Damyang-gun, South Korea.
*She is the youngest of three children.
*She speaks Korean and English.
*From 2003 to 2012, she dated singer Naul.
*Her older sister, Han Moo-young, is married to actor Kim Kang-woo.
*Follow her on Instagram.