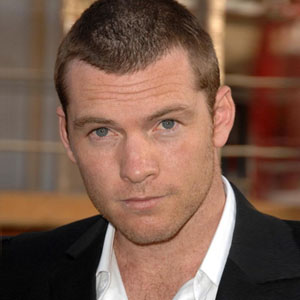 Sam Worthington is an Australian actor. He is best known for his portrayals of Jake Sully in Avatar, Marcus Wright in Terminator Salvation, and Perseus in Clash of the Titans and its sequel Wrath of the Titans. He has also starred in The Debt, Everest, Hacksaw Ridge, The Shack, Manhunt: Unabomber, and Fractured. He also played Captain Alex Mason in the video game Call of Duty: Black Ops. He also played real-life FBI profiler Jim Fitzgerald in the drama miniseries Manhunt: Unabomber.

Born Samuel Henry John Worthington on August 2, 1976 in Godalming, Surrey, England, his parents moved to Perth, Western Australia when Sam was very young. He grew up in Warnbro, a suburb Rockingham, Western Australia. He graduated from NIDA (Australia’s National Institute of Dramatic Art) in 1998 at the age of 22.

He dated actress Maeve Dermody from 2004 to 2007. In 2014, Sam married Australian model Lara Bingle. The couple have two children.

Sam Worthington Facts:
*He was born on August 2, 1976 in Godalming, Surrey, England, UK.
*He won a scholarship to the John Curtin School of Performing Arts in Fremantle, WA.
*He made his film debut in the 2000 Australian movie Bootmen.
*He was a bricklayer before becoming an actor.
*He received Australia’s highest film award for his lead role in Somersault in 2004.
*He was named Australia’s Most Stylish Male Celebrity by ‘Madison’ magazine in 2014.