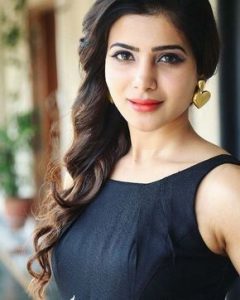 Samantha Akkineni Facts:
*She was born on April 28, 1987 in Chennai, India, to Malayali and Telugu parents.
*She grew up in Tamil Nadu and pursued a career in modeling during her late teens.
*She made her film debut in Ye Maaya Chesave (2010).
*She was diagnosed with diabetes in 2013.
*In 2019, she starred in the romantic drama Majili alongside her husband Naga Chaitanya Akkineni.
*Follow her on Twitter, Facebook and Instagram.