Sara bint Talal is a Saudi princess and the daughter of Prince Talal. Her grandfather was King Abdulaziz, the founder of the Saudi state. Born Sara bint Talal bin Abdulaziz Al Saud in 1973, to Moudie bint Abdul Mohsen Alangary and Talal bin Abdulaziz Al Saud, she was raised in a Riyadh palace with untold riches at her disposal. She was nicknamed “little Barbie” because of her beauty and her material well-being but educated by a strict English caretaker. She studied at the King Saud University in Riyadh, and married a royal cousin but divorced in her twenties. She is the mother of four children. 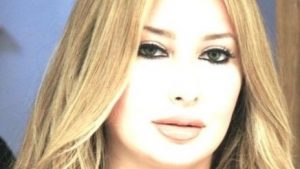 Sara bint Talal Facts:
*She was born in 1973 and grew up in a Riyadh palace.
*She is the granddaughter of the Kingdom’s founder and daughter of one of his most powerful and favoured sons.
*In the mid-2000s, she ran a local charity organization in Saudi Arabia.
*She has been living in the United Kingdom with her four children since 2007.