Sara Foster is an American actress and former fashion model. She is best known for her portrayal of Jen Clark in the television series 90210 (2009–2012). She played Amy Bradshaw in the 2004 action-comedy film D.E.B.S., and starred in the 2010 American-Czech horror film Psych 9. With her sister Erin Foster, she created the TV series Barely Famous on VH1, which was marked with guest appearances by several A-list celebrities to create a spoof of the typical American reality show format. Born Sara Michael Foster on February 5, 1981 in Los Angeles, California, USA, she is the daughter of record producer David Foster and former model Rebecca Foster, and the sister of actress Erin Foster. Her parents divorced when she was age five, and she was raised by her mother. She worked as a fashion model before she started her acting career. She married tennis player Tommy Haas in 2010. They have two daughters: Valentina and Josephine. 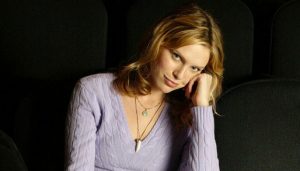 Sara Foster Facts:
*She was born on February 5, 1981 in Los Angeles, California, USA.
*She started modeling as a teen.
*In 2005, she was placed at #10 in the list of ‘Hot 100 Women in the World’ by FHM.
*She was once engaged to Ashley Hamilton.
*She is an animal lover.
*Follow her on Twitter and Instagram.