Sara Jean Underwood is an American model, actress and television host from Portland, Oregon. She was the Playboy Playmate of the Month for July 2006 and Playmate of Year 2007. As an actress, she has starred in such films as The House Bunny, Miss March, and The Telling. Her television credits include G4’s Attack of the Show!, Bridget’s Sexiest Beaches, and Models B4 10am. She was born in Portland, Oregon on March 26, 1984. She was discovered by Ida Ljungqvist while shopping on Rodeo Drive in Beverly Hills, California. She was in a relationship with Ryan Seacrest for two years. 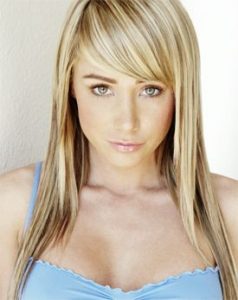 Sara Jean Underwood Facts:
*Playboy Playmate of the Month July 2006.
*She was schoolmates with Derek Anderson, a famous American football player.
*Before becoming a model, she used to work for heavy construction equipment as a salesgirl.
*In March 2008, she placed no. 25 in ’25 Hottest Playboy Celebrities’.
*She played volleyball while in high school.
*Follow her on Twitter, Facebook and Instagram.