Australian actress who is known for her roles in films, such as Holding the Man, Predestination, The Dressmaker, and Steve Jobs, and in the television Sisters of War, Spirited, and The Beautiful Lie. She won numerous awards for Best Actress for her role as Jane in the science fiction thriller film ‘Predestination’. In 2018, Snook began starring as Siobhan “Shiv” Roy in the HBO satirical comedy-drama series Succession, for which she received a nomination for the Primetime Emmy Award for Outstanding Supporting Actress in a Drama Series in 2020. She had her first TV appearance in 2009 on the series “All Saints” where she played the character of Sophie. 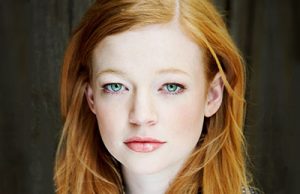 Sarah Snook Facts:
*She was born and raised in Adelaide, South Australia.
*She won a scholarship to study drama at Scotch College, Adelaide.
*She used to work nights at the Vibe Hotel and on weekends as a fairy at children’s parties.