Sara Khan is an Indian model and actress who won the Miss Bhopal title in 2007. She has hosted three programmers on Madhya Pradesh Doordarshan, and has anchored the Dance Premier League, a show on Sony TV. Sara made her television debut with the TV show Sapna Babul Ka…Bidaai. She won best New Talent Award in 2008 and STAR Parivaar Award for the “Best Patni” (Best Wife) in 2009. Born on August 6, 1989 in Bhopal, India, Sara is the oldest of four children with siblings Alisha, Arya and Aliya Khan. She did her schooling from Bhopal and got enrolled in the Mumbai University for graduation. In 2010, she was married to TV actor Ali Merchant, a Shia Muslim in an Islamic wedding ceremony at Bigg Boss 4. They divorced after two months in 2011. 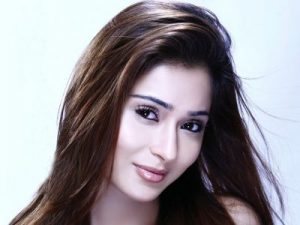 Sara Khan Facts:
*She was born on August 6, 1989 in Bhopal, India.
*She crowned the Miss Bhopal title in 2007.
*She was a contestant on Bigg Boss 4 in 2010.
*She also appears in Pakistani serials.
*Follow her on Twitter, Facebook and Instagram.