Sarah Alexander is a British actress. She is known for appearing in television series, such as Armstrong and Miller, The Worst Week of My Life, Smack the Pony, Coupling, Green Wing, Marley’s Ghosts and Jonathan Creek. Born Sarah Smith on January 3, 1971 in Hammersmith, London, United Kingdom, her father, Frank Smith, was the current affairs producer and editor. She was educated at Godolphin and Latymer School in Hammersmith. She is married to Peter Serafinowicz with whom she has a son and daughter. She was previously in a relationship with actor Gerald Harper. 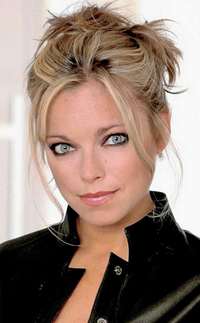 Sarah Alexander Facts:
*She was born on January 3, 1971 in Hammersmith, London, United Kingdom.
*Her birth name is Sarah Smith.
*She dropped out of Manchester University against the advice her parents to take up acting.
*She speaks French and Spanish fluently.
*She likes to play tennis, ride horses, swim and do karate.
*She is a soprano.
*Follow her on Twitter and Facebook.