Sarah Hecken is a German former competitive figure skater. She is a four-time German national champion and has won twelve senior international medals, including six gold. She finished as high as 11th at the World Championships. Born Sarah Stefanie Hecken on August 27, 1993 in Mannheim, Germany, she got her first skates when she was only 18 months old. Hecken’s first international victory was at the 2007 Junior Grand Prix event in Germany. In 2015, Hecken announced her retirement from competitive skating. 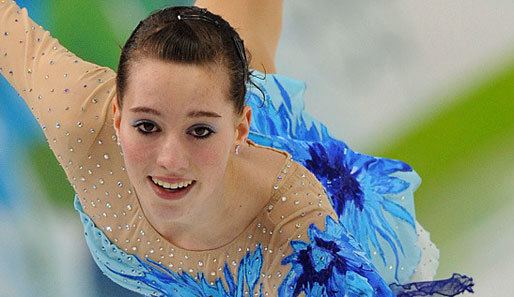 Sarah Hecken Facts:
*She was born on August 27, 1993 in Mannheim, Germany.
*Her full name is Sarah Stefanie Hecken.
*She started skating in 1996 at the age of three.
*She won her fourth German national title, in Hamburg in December 2012.
*Visit her official website: www.sarah-hecken.de
*Follow her on Twitter and Facebook.