Sarah Khan is a Pakistani actress who rose to prominence by portraying the role of Farisa in the Moomal-produced romantic drama Alvida (2015), for which she received a Hum Award for Best Supporting Actress. Sarah also appeared in the television series Mohabbat Aag Si, Tumhare Hain, Nazr-e-Bad, Ahsas, Yaar-e-Bewafa, Dekho Chaand Aaya, Belapur Ki Dayan, Mere Bewafa, Band Khirkiyan, Mere Humdam, Deewar-e-Shab, and Karamat-e-Ishq. Born on January 22, 1992 in Medina, Saudi Arabia, she has a sister named Noor. Sarah made her acting debut as Sharmeen in the 2012 Hum TV’s television serial Badi Aapa. She was in a relationship with the actor Agha Ali. 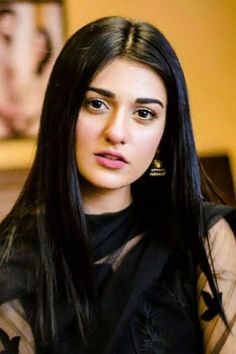 Sarah Khan Facts:
*She was born on January 22, 1992 in Medina, Saudi Arabia.
*She made her acting debut in 2012 with Hum TV’s television drama Badi Aapa.
*She received Hum Award for Best Supporting Actress for the role as Farisa in TV Serial Alvida (2015).
*Follow her on Facebook and Instagram.