Sayaka Yamamoto is a Japanese idol and singer, best known as a member of the Japanese idol girl group NMB48. She is the captain of NMB48’s Team N. She is also a former member of AKB48’s Team K (2014–2016). In October 2016 she released her first solo album “Rainbow”, which debuted at number 3 on the weekly Oricon singles chart. Born in Osaka Prefecture, Japan, on July 14, 1993, she has two older brothers and a older sister. She started singing and dance lessons in second grade. She also practiced piano and went to a cram school. She joined NMB48 as a Kenkyuusei in October 2010. She was a member of the band MAD CATZ prior to joining NMB48 and was their lead guitar player. 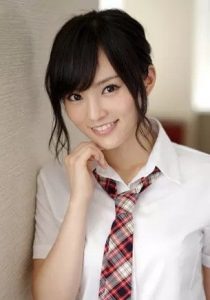 Sayaka Yamamoto Facts:
*She was born in Osaka Prefecture, Japan, on July 14, 1993.
*She is a vegetarian.
*She is the only member to be in every NMB48 A-side.
*She and Watanabe Miyuki are the centers of NMB48, and are often called SayaMilky.
*She has 7 ear piercings, 4 on the left and 3 on the right.
*YUI and BoA are her favorite Japanese artists.
*Her favourite foods are Japanese sweets and Chinese food.
*Visit her official website: www.yamamotosayaka.jp
*Follow her on Twitter, YouTube and Instagram.