Shamari Fears is an American singer-songwriter, actress and television personality, best known as a member of the girl group Blaque whose 1999 eponymous debut album peaked at number 53 on the Billboard 200. Fears starred as a cheerleader named Lava in the 2000 teen comedy film Bring It On. In 2018, she starred on Season 11 of the reality television series The Real Housewives of Atlanta. Born Shamari Jaqua Wright-Fears on February 22, 1980 in Detroit, Michigan, she began singing at the age of three. She did her schooling from Southwest DeKalb High School and graduated from Georgia State University with a Bachelor of Arts in Sociology. In March 2006, Fears married Ronnie DeVoe of New Edition and Bell Biv DeVoe. They have twin sons born in 2017. 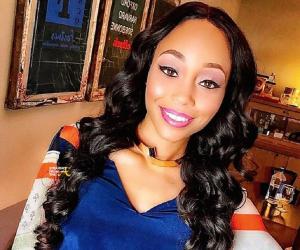 Shamari Fears Facts:
*She was born on February 22, 1980 in Detroit, Michigan, USA.
*She was discovered by American rapper Lisa Lopes, who mentored Blaque.
*The lead vocalist of the R&B group Blaque.
*She starred on Season 11 of the reality television series The Real Housewives of Atlanta.
*In December 2014, Fears became a member of Alpha Kappa Alpha sorority.
*Follow her on Twitter and Instagram.