Shanina Shaik is an Australian model who was cast to walk in the 2011 Victoria’s Secret Fashion Show, making her the sixth Australian along with Miranda Kerr, Elyse Taylor, Jessica Hart, Sarah Stephens, and Abbey Lee Kershaw to star in the show. Shaik has appeared in catalogues for Macy’s, Alloy, Avon, Urban Outfitters, Lovable, Free People, Bloomingdales, J. C. Penney, and Ann Taylor. She has appeared for several advertisements under leading brands such as Aéropostale, Cotton On, Body & Bath Works ‘Dark Kiss’ fragrance, Edward Joseph, Imari by Avon, Olay New Look, Burneo Chocolate, General Pants Co., Bonds, Bauhaus and Matrix Hair Biolage. Shaik has appeared on the cover or been featured in many international fashion magazines including Cosmopolitan, Cleo, Vogue India, Harper’s Bazaar Singapore, Arabia, Vietnam and Australia among others. She is represented by the agencies IMG Models (Worldwide), Traffic Models (Barcelona), and MIKAs (Stockholm). 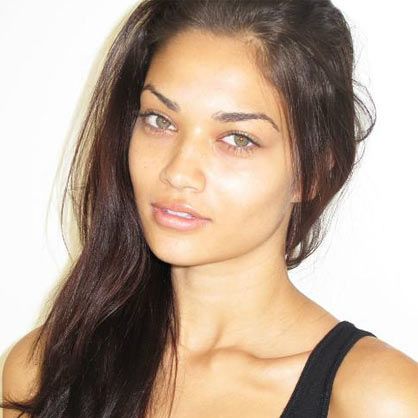 Born on February 11, 1991 in Melbourne, Victoria, Australia, to parents Kim and Hanif Shaik, she is of Pakistani and Lithuanian descent. She has a brother named Shay. Shaik began modeling when she was eight years old for Myer and appearing in a TV commercial for Hyundai. On April 28, 2018, she married her longtime boyfriend Greg Andrews in the Bahamas. They separated on June 7, 2019.

Shanina Shaik Facts:
*She was born on February 11, 1991 in Melbourne, Victoria, Australia.
*She is of Pakistani descent on her father’s side, and of Lithuanian descent on her mother’s side.
*She started modeling when she was eight years old.
*She walked in the Spring/Summer 2011 catwalk show for Project Runway and L.A.M.B.
*She is an ambassador for Just Jeans and has modeled alongside rugby star Sonny Bill Williams.
*She appeared on the May/June cover of Maxim in 2019.
*She became a brand ambassador for Australian swimwear brand Seafolly in 2019.
*Follow her on Twitter and Instagram.