Michelle Fairley is a Northern Irish actress. She is best known for her portrayal of Catelyn Stark on HBO’s Game of Thrones, and for her recurring roles in USA Network series Suits, and Fox series 24: Live Another Day. Her other television credits include Safe and Sound, The Broker’s Man, Births, Marriages and Deaths, Resurrection, Rebellion, The White Princess, The Feed, and Gangs of London. She has also appeared in the films The Duel, Chatroom, The Invisible Woman, Philomena, Ironclad: Battle for Blood, and In the Heart of the Sea. Her theater credits include Othello, Macbeth, and Julius Caesar. Born on July 11, 1963 in Coleraine, Northern Ireland, to parents Theresa and Brian Fairley, she has a sister named Simone. Fairley attended the Ulster Youth Theatre as a teenager and moved to Belfast, where she was a member of Fringe Benefit, a repertory company where she acted alongside Conleth Hill. 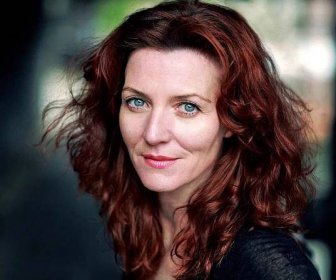 Michelle Fairley Facts:
*She was born on July 11, 1963 in Coleraine, Northern Ireland, UK.
*She’s the second oldest of six children in the family.
*Her parents were popular local publicans.
*She starred as Catelyn Stark in the HBO series Game of Thrones from 2011 to 2013.
*She played the role of Nancy Phelan in an episode of the show Lovejoy.
*She is good friends with Lena Headey and Richard Madden.