South African actor, director, and producer Sharlto Copley is best known for his role as Wikus van der Merwe in the Oscar-nominated film District 9. He is also known for his roles in Elysium, Europa Report, The A-Team, and Maleficent. Copley was born to Linda Stocks and Bruce Copley, a former university professor, in Johannesburg, South Africa. He has been married to South African supermodel and actress Tanit Phoenix since 2016. They have a son together. 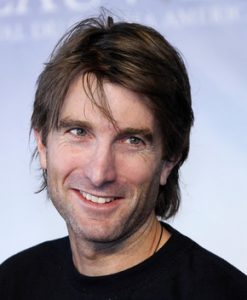 Sharlto Copley Facts:
*He became one of South Africa’s youngest television producers.
*In January 2012, he began dating actress/model Tanit Phoenix.
*His brother, Donovan Copley, is the lead vocalist of the Cape Town band Hot Water.
*He is good friends with Director Neill Blomkamp, both attended the same high school.
*Follow him on Twitter and Facebook.

“In America, people really struggle with my name, so I don’t have a nickname as such. I’ve had Sharlito, Sheldon, Charldo, really interesting variations on the name. Some of them can get it, but many can’t.” – Sharlto Copley