Shiri Appleby is an American actress. She is best known for her portrayal of Liz Parker on the WB/UPN science fiction drama series Roswell, and for her role as Rachel Goldberg on the Lifetime/Hulu drama series Unreal. She has also played prominent roles in the films A Time for Dancing, Swimfan, Havoc, Charlie Wilson’s War, and The Devil’s Candy. Appleby’s other notable works include ER, Life Unexpected, Dating Rules from My Future Self, Chicago Fire, and Girls. 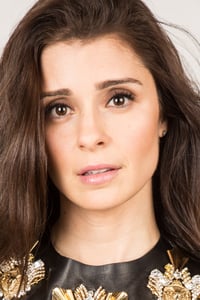 Born Shiri Freda Appleby on December 7, 1978 in Los Angeles, California, to parents Dina and Jerry Appleby, her father is of Ashkenazi Jewish descent and her mother, who is from Israel, is of Moroccan Sephardi Jewish background. She has a younger brother named Evan. In 1997, Appleby graduated from Calabasas High School, and attended the University of Southern California, studying English literature in addition to theatre arts. In 2018, Appleby started a relationship with Jon Shook they became engaged in July 2012 and have married sometime after daughter Natalie’s March 2013’s birth.

I’ve been watching so many movies and they all have to do with the DVDs. It’s just so much more convenient. – Appleby

Shiri Appleby Facts:
*She was born on December 7, 1978 in Los Angeles, California, USA.
*She has been acting since the age of 4, , starting with advertisements for various products such as Cheerios, Taco Bell, and M&Ms.
*She is the former girlfriend of Florida Panthers’ back-up goaltender Steve Shields.
*She married chef Jon Shook in 2013; together they have two children; a daughter Natalie Bouader Shook and a son Owen Lee Shook.
*Follow her on Twitter, Facebook and Instagram.